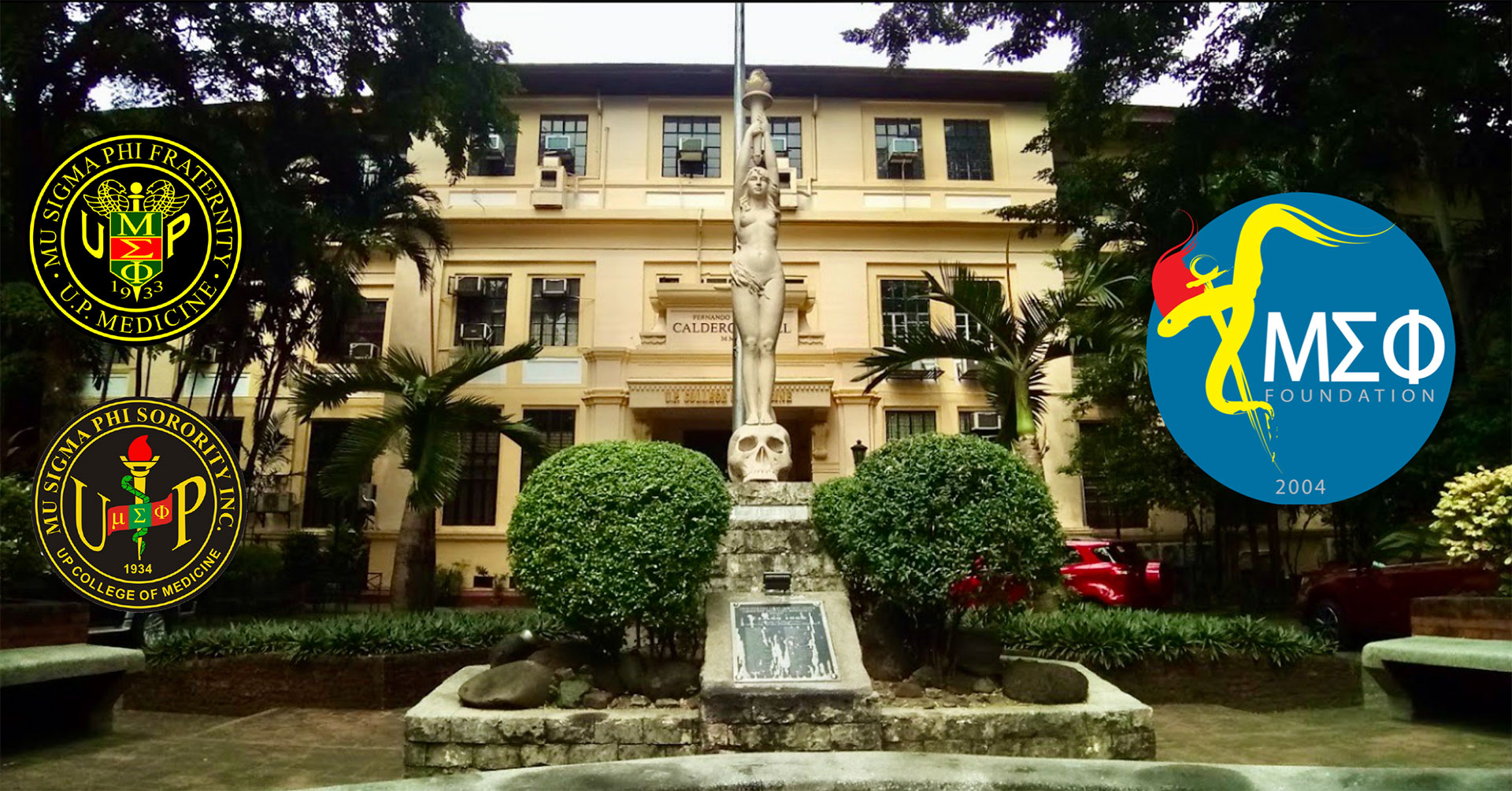 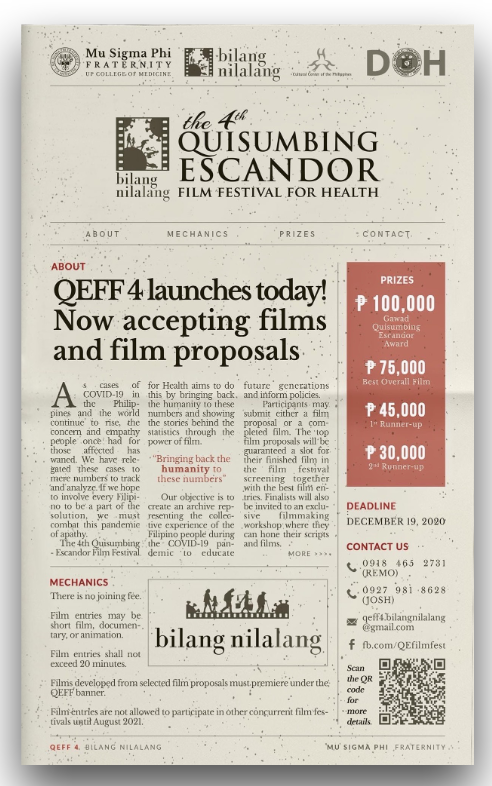 The Mu Sigma Phi Foundation Inc., has sponsored the Quisumbing Escandor Film Festival since its inception in 2008. Although records from the first two are not in our possession, for the 3rd QEFF, of which I was involved with, the MSPF Inc. donated P50,000, an amount that went a long way. The 3rd QEFF Film opened in 2016, and its Awards Night was on February, 2018. We received 74 film entries all tackling the issue of mental health. After the conclusion of the film festival, we followed it up with the Film Caravan where we held film screenings throughout the Philippines for mental health awareness. 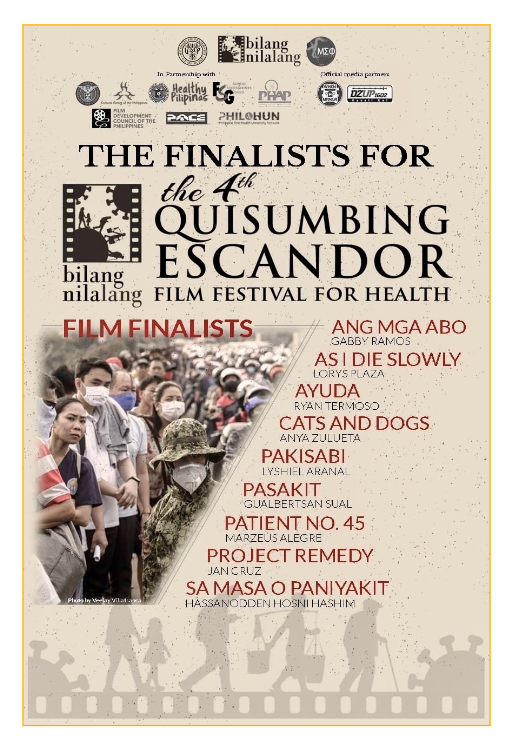 We also promoted the films to organizations as resources they can use for their mental health programs. We were partners with Department of Health (DOH) who then distributed all of our films to their regional offices. The DOH, together with WHO, sponsored a workshop to develop modules for the films to maximize their educational impact. The DOH also invited us to numerous mental health fora and events where they screened our films. We have also been active in pursuing a partnership with the Department of Education (DepEd). With the passing of the Mental Health Law in 2018, DepEd is working to implement their policy throughout their schools. We were personally invited to present at all of their Oplan Kalusugan Implementation Workshop that had all regional and division offices of DepEd in attendance. In their School Mental Health Forum we were also able to promote the films to the health officers of DepEd for the use of our films in their programs.

The recent batches of Doctors to the Barrios also have access to our films that they can use for health promotion in their deployment areas.

Aside from them, our films have been used in events by The Department of Psychiatry and Behavioral Medicine of PGH, Autism Society of the Philippines, Festival of Arts and Ideas, Jose Rodriguez Memorial Hospital, Bantay Matanda Inc., Deborah Women of God in Service Foundation Inc., Mental Health PH, and UP Diliman PsychServ.

Through these efforts, QEFF won the Ten Accomplished Youth Organization Award (TAYO) in 2008 and the Student Project for Health Award in 2019.

For the 4th QEFF we are partners with the Cultural Center of the Philippines to bring this project to the online sphere. We also have a workshop on film making and film safety for our finalists. The FDCP director, Liza Dino, the renowned scriptwriter Ricky Lee and the director Raymond Red will be speakers at this event. The 4th Quisumbing Escandor Film Festival 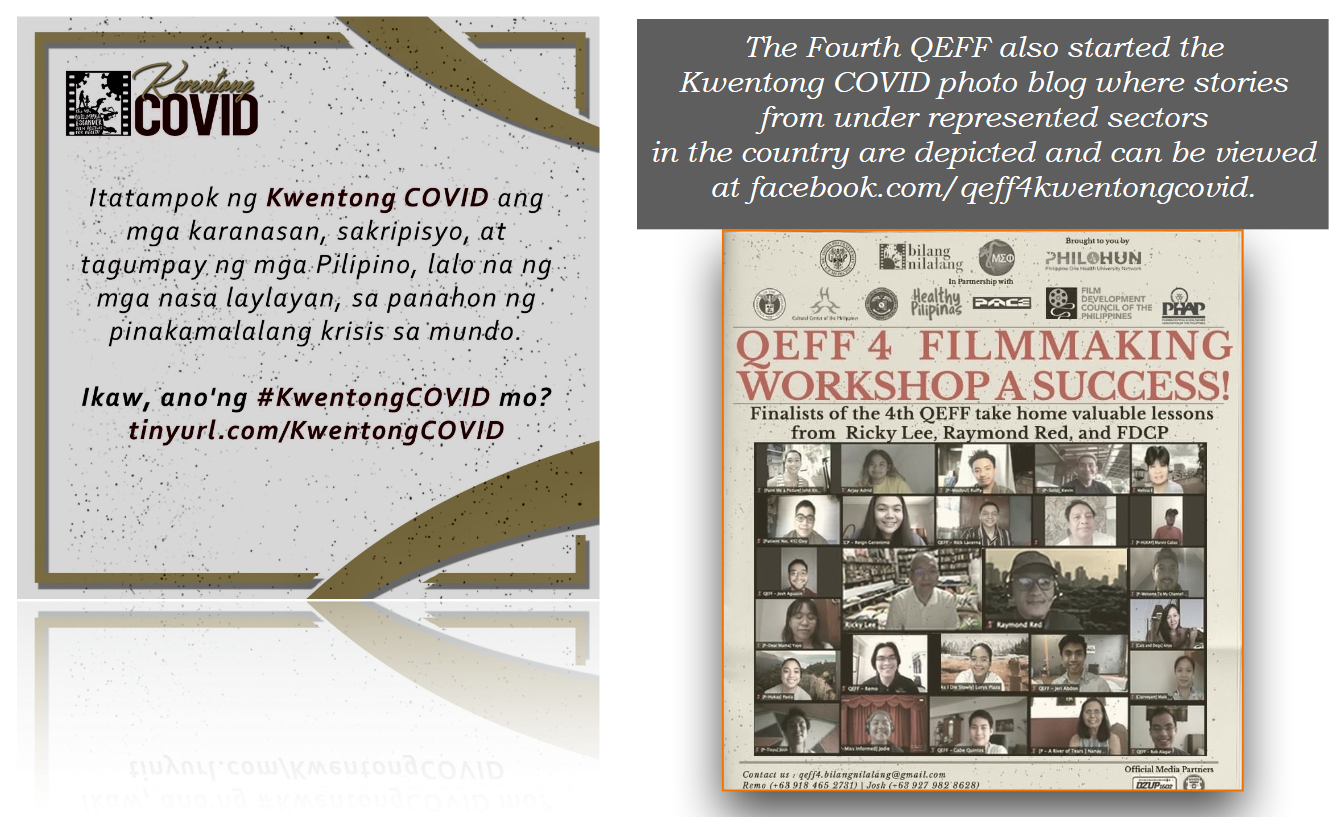 Our goal for this film festival is to capture the important moments during the COVID 19 pandemic and use it to inform future generations. This event is a long commitment for the fraternity and we hope to ensure the impact of this event in the years to come long after COVID becomes history.